On June 1, the Departmental Appeals Board (DAB) voted to uphold an order issued by the Department of Health and Human Services Office of the Inspector General (HHS-OIG) against a group of Tennessee-based home health companies to pay $1,322,500 in stipulated penalties for breaches of their Corporate Integrity Agreement (CIA).

OIG negotiates Corporate Integrity Agreements as part of settlements resulting from federal healthcare program investigations that arise under a variety of civil false claims statutes. Providers or entities agree to certain obligations laid out in the CIA, and in exchange, OIG agrees not to seek their exclusion from participating in Medicare, Medicaid or other federal healthcare programs. CIAs can be used to address matters relating to quality of care or corporate integrity.

In this case, Friendship Home Health Inc. et al. and its owner Theophilus Egbujor, paid $6.5 million, plus interest, to resolve allegations that they improperly billed TennCare, Medicare and TRICARE for home health services, according to a news release. As part of the agreement, which was reached in June 2015, Friendship, and its owner, also agreed to be bound by the terms of a CIA with the HHS-OIG in an effort to avoid future fraud and compliance failures.

However, on November 19, 2018, OIG sent the Friendship entities a demand for $1,322,500 in stipulated penalties for failing to uphold its end of the CIA by not repaying overpayments identified in their second and third annual reports. Friendship appealed and requested a hearing with a DAB Administrative Law Judge. On October 31, 2019, the ALJ upheld OIG’s demand. The Friendship Entities then appealed to the DAB.

In its decision, the DAB agreed with the administrative law judge’s conclusions that the CIA’s auditing and repayment provisions created independent obligations to repay overpayments to Medicare and Medicaid, and that each time the Friendship entities violated those obligations to repay overpayments, it created a separate basis for OIG to demand stipulated penalties.

As in the case of Friendship, CIAs include breach and default provisions allowing the OIG to impose monetary penalties for failing to comply with those obligations included in the CIA.

While CIAs generally come at the end of a government investigation, it’s important to note that it does not mean your obligations to comply are over.

While CIAs address specific facts to each case, they also have common elements.  A comprehensive CIA typically lasts 5 years and includes requirements to:

A material breach of the CIA constitutes an independent basis for the provider’s exclusion from participation in federal healthcare programs.

For healthcare providers and entities considering a CIA, it is important to understand that HHS will continue to monitor compliance and failure to comply with those terms agreed upon will, as evidenced by the Friendship case, result in additional penalties.
~~~~~~~

The Health Law Offices of Anthony C. Vitale can help you to develop an effective compliance program that allows you to identify and correct any problems before you become the target of an investigation. Should you or your company become the target of an investigation, an effective compliance program may help you to mitigate or eliminate potential sanctions, penalties, and program exclusions. Give us a call at (305) 358-4500 or email [email protected] You can also access more great articles on health law and compliance by visiting the Vitale Health Law blog. 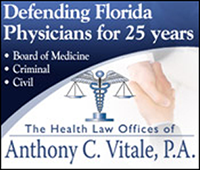 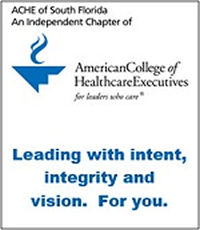